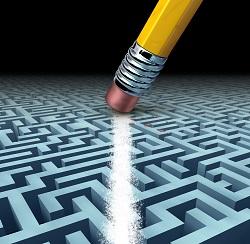 It has been said that the church in this part of the world should be wary of the influence and infiltration of Western liberal theologies. I believe we should also include in that advisory the conservative dogmas as well.

These divisions originate from the North American church scene. There, the church mirrors the bipolar political system. It is an either-or, for-or-against, win-or-lose, if-you-are-not-for-me-you-are-against-me paradigm. For example, if you are not a Democrat, then you must be a Republican. If you are not a liberal, you are an evangelical (or conservative).

In Europe on the other hand, politics is more coalitionist. Various political parties who were fierce rivals at the polls would be forced to come together to negotiate, and form the government. There are non-negotiables on which the parties would never compromise or surrender, but they would be willing to negotiate on other parts of the manifesto.

In Chinese philosophy, we hear of the “Middle Way”. In some parts of South-East Asia, the traditional way we get along is by gotong-royong (communal spirit of cooperation).

For us in Singapore, we must learn to wean ourselves from, and therefore not be sucked into, the North American church polemics. This concern may be observed in a couple of areas.

Polarisation is evident in developments on the LGBT issue. What is occurring here mirrors the North American scene. There are signs that the advocates of LGBT lifestyle here apply subterfuge to advance their cause, just a step before their more blatant Western counterparts.

As most of our churches agree that the LGBT lifestyle is incompatible with Scripture, and are alarmed at the actions of the “pro” LGBT lobby, we have taken an “anti” stance. Such a posture results in some unintended consequences. Treating the LGBT lobby as enemies becomes a tool that can be manipulated to garner sympathisers for them. We also marginalise the very people we want to reach. It leaves little room for those struggling with gender issues to be more open to seek help.

Can there not be another way by which to live out what we believe?

Another area is that of inter-faith and inter-ethnic relations. If we allow the right-wing conservative North American mind-set to capture our thinking, it would lead us to perceive our neighbour who sports a beard and wears a different religious garb as a possible terrorist. We would then shy away from openly relating with and having dialogues with them. We would stay away from them and hope they also stay away from us. We would then have built enclaves – “theirs” and “ours”.

Let us be clear about one thing – truth is non-negotiable. But surely we can find ways through our differences where we treat each other with honour as human beings created in God’s image.

There is a fear, I think, that if we were to find a way that is neither left nor right, it would be seen as compromise – a word which has negative connotation to many.

To move out of this bipolar world, we must acquire more Christ-like imagination and wisdom. Forced to choose between allegiance to Caesar or Jewish nationalistic sentiments, Jesus came out with a unique answer: render to Caesar what is Caesar’s, and to God what is God’s (Mark 12:13-17).

Loving your neighbour is non-negotiable, even when he is your enemy. So Jesus tells us to bless, not curse him. As for the enemy who does not play fair, Paul counsels: “If your enemy is hungry, feed him; if he is thirsty, give him something to drink; for by so doing you will heap burning coals on his head.” (Romans 12:20 ESV)

Finding solutions this way is much more difficult than adopting a bipolar approach. It requires us to re-examine our long-held beliefs and convictions to see if we might have been wrong. It calls us to apply new strategies which have not been tested before. If need be, we must face our “enemies”.

But when we do, we come out stronger.