Have we lost our way in worship? 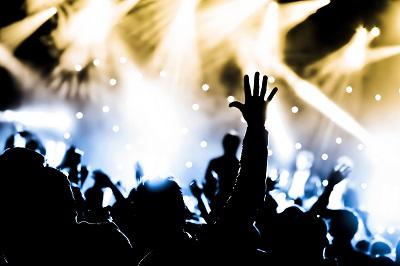 There is so much to read along the information superhighway that sometimes we miss some good articles. I came across one titled “Are We Headed For A Crash? Reflections on the Current State of Evangelical Worship” by Jamie Brown. (http://worthilymagnify.com/2014/05/19/crash)

The article resonates with some concerns I have had for some time. I know I am not alone in this. Let me share some of my thoughts.

My main bone of contention is not the spirit of worship. I write as one who, for the majority of my pastoral ministry, has avidly worked to organise worship not just to connect with people but also for them to experience the presence of the living God. Contemporary worship has contributed much in achieving this goal.

Where I believe Christian worship today has lost its way has been the methods employed. It has taken the shape of modern concerts and entertainment. The focus is so much on what happens on “stage” (no longer is it called the altar).

To enhance this, in many churches I have been to, the lights over the worshippers are dimmed, if not switched off entirely. Spotlights are on the music team, the worship leader and the back-up singers (that last term is in itself pop concert jargon). In some churches, the lights are kept off even when the preacher is on.

It does not help that the voice of the worship leaders and singers over the microphone (not to mention the sound from the band) drowns that of the worshippers. I suspect that if the lights were switched on, we would find that only the first few rows would actually be singing. In some churches, the worshippers are encouraged to come to the floor nearer the stage to participate in the worship (à la rock concerts).

The term that Brown used to describe this phenomenon is “performancism” – “The worship leader as the performer. The congregation as the audience. The sanctuary as the concert hall.” This is in direct contrast to what many of us often hear about worship as being a performance to the audience of One.

Søren Kierkegaard, the Danish philosopher who first introduced this perspective, was writing in the context of listening to a sermon: God is the audience, the preacher is the prompter (who played a necessary role in stage performances of that time to assist the actors to remember their lines), the listeners (worshippers) are the actors. In the context of worship, we can say that the worship leader and the team are the ones prompting the worshippers to act before God, the only One in our audience.

Many today believe, as I do, that Kierkegaard’s way is an important remedy to the current malaise in worship. While he was addressing the philosophical perspective that would be helpful, here are some practical suggestions.

First, take the singing team (choirs included) and musicians off the “stage.” Position them, with the worship leader if possible, on the same level as the congregation. Let the altar return, and on it place symbols and other aids to our worship (electronic media included) that can help us to prompt worshippers to focus on the presence of God. When the preacher’s turn comes, keep him or her to the side of the altar.

(Read http://holysoup.com/2014/05/28/confessions-of-a-worship-wars-mercenary about a worship band that leads from behind a curtain.)

Secondly, keep the lights on all the time. We are the actors performing before the Almighty God, so we need to be able to see and be aware of one another, so that we all do our part in concert.

Finally, lower the volume of the band and worship team. Encourage the worship leader as often as possible not to sing into the microphone, so that the congregation can hear themselves singing.

Simple adjustments as these suggestions are, they would not work if the right mind-set is not in place. By that, I mean believing worship to be our sincere attempts to please God in praising Him and Him alone.