If it is not of God 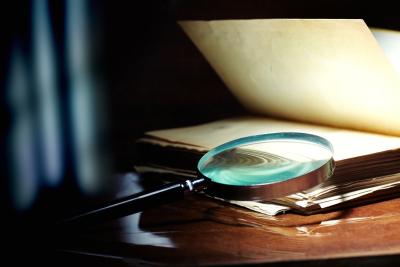 As Methodists we remember our genesis as a movement that posed a challenge to the religious establishment, its theology and practices.

Wesley was accused of being an “enthusiast” (one who promoted emotionalism).  At some of his meetings, people fainted, cried out, and leapt for joy.  He preached in open air, something frowned upon by the church. He insisted on “experimental religion”, where personal faith was necessary for salvation, as opposed to the formality of church ritualism.  These accusations, among others, seem so tame to us now.  But in the context of 18th century England, they were controversial.

In due time, Wesley responded to these accusations. He also gave his views on other occurrences which he recorded in his journal and letters, such as angelic visitations, miracles, dreams and what we today might call “signs and wonders”.

It would appear that Wesley adopted a Gamalielian cautiousness in his approach to such experiences. He did not just study them from afar. For example, having heard of them, Wesley met with the “French Prophets”1 and on another occasion with a certain George Newans2, who was called the Shropshire Prophet, to test whether what they said were of God. He concluded that they were not sent by God. But that he went to meet them suggests that he was at least open to the possibility that they could have been authentic.

He had more positive views with regard to miracles. Wesley did not believe miracles were limited to the apostolic age.3 Furthermore, he counselled that we be careful not to ignore nor discredit them4, even as he himself admitted to not having these supernatural gifts.5

Perhaps Wesley, recognising that the Methodists could have been viewed by some as belonging together with these “outlier Christians”, took effort to check on their authenticity. It was only after having done so could he give counsel to others and respond to his critics.

Being concerned that many in his day were seeking God’s will through some sort of sign or miracle, Wesley wrote: “Trust not in visions or dreams; in sudden impressions, or strong impulses of any kind. Remember, it is not by these you are to know what is the will of God on any particular occasion; but by applying the plain scripture rule, with the help of experience and reason, and the ordinary assistance of the Spirit of God.”6

With this words, Wesley stood together with Paul, whose counsel to Timothy was to continue in what he had learned since childhood in the sacred writings and had firmly believed, for “All Scripture is breathed out by God and profitable for teaching, for reproof, for correction, and for training in righteousness, that the man of God may be complete, equipped for every good work.” (2 Timothy 3:14-17, ESV). By the way, Timothy was acquainted with the church at Corinth, with all its misunderstanding regarding the gifts of the Spirit, having visited it (1 Corinthians 16:10), perhaps bearing Paul’s letter to them.

We were once outliers. Now we are mainstream. We should therefore be mindful of that and hence circumspect when we are faced with any new movement. A first step is to find out if it is of God or not. To do so may require us to know what they are saying, teaching and doing. Then let us follow the attitude of the Bereans, who having heard the new teachers in town, checked with Scriptures (Acts 17:11) before deciding to believe them. Accept what they bring if they are from God. If not, then let us not waste our time with them but hold on to what we have been taught.