If it is of God 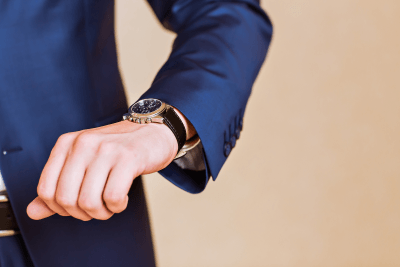 So in the present case I tell you, keep away from these men and let them alone, for if this plan or this undertaking is of man, it will fail; but if it is of God, you will not be able to overthrow them. You might even be found opposing God!

When confronted with an energetic movement that threatened the status quo, Rabbi Gamaliel counselled leaders of the religious establishment who felt the need to suppress it with these words:

It sounded like very wise advice. The Sanhedrin accepted the proposed solution, but not without first thrashing Peter and his friends and warning them to desist in what they were doing. In the end, Gamaliel was proven right: the movement was of God, and there was no way it could have been quashed.

Gamaliel’s counsel is still relevant today. Some renewal movements the church experienced in the last few decades have come and gone while others are gasping their last breaths. Yet new ones have surfaced and seem to be thriving even more.

As someone who has lived through these times, and been personally involved in a few of these movements, I can see how befitting Gamaliel’s solution was in its historical context. “Let the movement be, give it space to play on. Let us wait and see. You may be interfering with God’s plan.”

Every authentic spiritual awakening, renewal or revival movement carries its own set of correctives. It is like the new discovery of a gene (though it had always been part of our DNA) which we must now better understand and manage purposefully for the health of the whole body. It is also like a course correction on our GPS.

“Let the movement be” means we must allow for time to reveal its benefits.

However, time will also expose its extremities and its flakiness. Satan is not idle during such seasons. What begins as a genuine move of the Spirit gets hijacked by Satan plying his trade with pride, money, power and sex. Regrettably, by then many innocent souls will have been hurt, disenchanted, and damaged.

Gamaliel’s solution, however, has a ring of fatalism: “Whatever will be will be.” There is also the element of fear: “You might be even opposing God!” Though not originally intended, it might become an excuse for doing nothing.

Should we rather take the cue from one of Gamaliel’s famous students, Paul? He did not heed his teacher’s advice and went on to hunt down followers of the Way to their deaths. Paul opposed God, who eventually confronted him on the road to Damascus. It was in that encounter that Paul found out the truth.

To know whether applying the Gamaliel solution is the right decision can only be verified over a long period of time.

Paul’s approach is much shorter. It calls for one to go out to prove that the movement is wrong, even persecute its adherents, and hopefully run headlong into God Himself. Then He will give the revelation.

It can be a painful process, like it was for Paul. Along the way, we may have to clash with good friends and family. If in the end we were proven wrong, the innocent would have suffered at our hands. We may ourselves get hurt.

Somehow I believe the best way is to be found somewhere in between these two approaches.