Life ‘above the sun’ 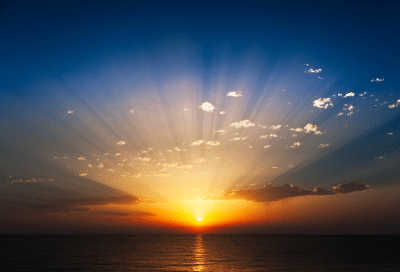 Déjà vu. Same old same old. We have been here before, at the turn of the year.

If we are more than a year old, this is just another cycle. Maybe it is more of a circle. We seem to be going round and round, repeating this movement every 12 months. So we might agree with the wise man when he said that there was nothing new under the sun.

The apparent pessimism in Ecclesiastes is not really in sync with the rest of the Bible. This ‘under the sun’ philosophy of life condemns humanity to barren cycles of meaninglessness. In contrast, the later books of the Bible reveal God as One whose mercies are new every morning (Lamentations 3:23), who gives new hearts to His people (Ezekiel 36:26), who gives them new songs (Isaiah 42:10). He also makes all things new (Revelations 21:5).

A new thing is one that has not existed before, creatio ex nihilo (creation out of nothing). Its existence is being recognised for the first time. More often, when we say something is new, we mean that it has existed before but it is only just being noticed or experienced. The ‘new’ mobile phone is actually just an upgrade of the older model. Even the smartphone took its cue from the fixed landline communication system.

When God began His work of creation, it was not out of nothing. It was creatio ex Deo (creation out of God). What was made came out from the Maker. For example, life of any kind came from God, for He is Life.

We do not start the new year in a vacuum. Our lives have been filled with all kinds of experiences to bring us to this point in time. Whatever takes place from now on is not ex nihilo. We are building up on foundations which have been laid already. All along this journey, God, in His grace, has always been present.

To arrive at the seemingly bleak conclusion of Ecclesiastes, one needs to understand where the writer was coming from. “Under the sun” is a perspective of human life on earth without factoring in God. It is a God-less philosophy, seeking to continue on its own without room for the divine in humanity.

We call it atheism, agnosticism, secularism, and other similar ‘isms’ that may be coined from time to time. Actually, this under-the-sun view of life is the one that is really nothing new. The wise man identified it thousands of years ago. It rears its head every now and then under various guises.

It does not help that today, when a philosophy that includes a God-factor seeks to raise its influence, it is marked by extremism and marred by terrorism. (Think ISIS in the Middle-East, and the Lord’s Resistance Army in Africa.)

However, these unwelcome developments do not nullify the validity of the alternative to under-the-sun philosophies. The wise man’s prescription is found in the conclusion of Ecclesiastes – “Fear God. Do what He tells you.” (Ecclesiastes 12:13, The Message)

When God is factored in, the turn of the new year can open doors of opportunities and hope. Having created us as “very good” (Genesis 1:31), God meant for us to continue to have that “real and eternal life, more and better life” than we ever dreamed of (John 10:10, The Message) – in other words, life ‘above the sun’. Even when that original plan was rejected by humanity, God set in place a rescue plan. He gave His best – His Son Jesus Christ – to settle the worst about us in order that His best can still be realised in us.

Start bringing God into your life at the start of this year, if you have never done that before. Begin with Jesus.

If you are one who has been doing that already, seek to place Him at the centre of all your life. Then your life will not have been in vain.