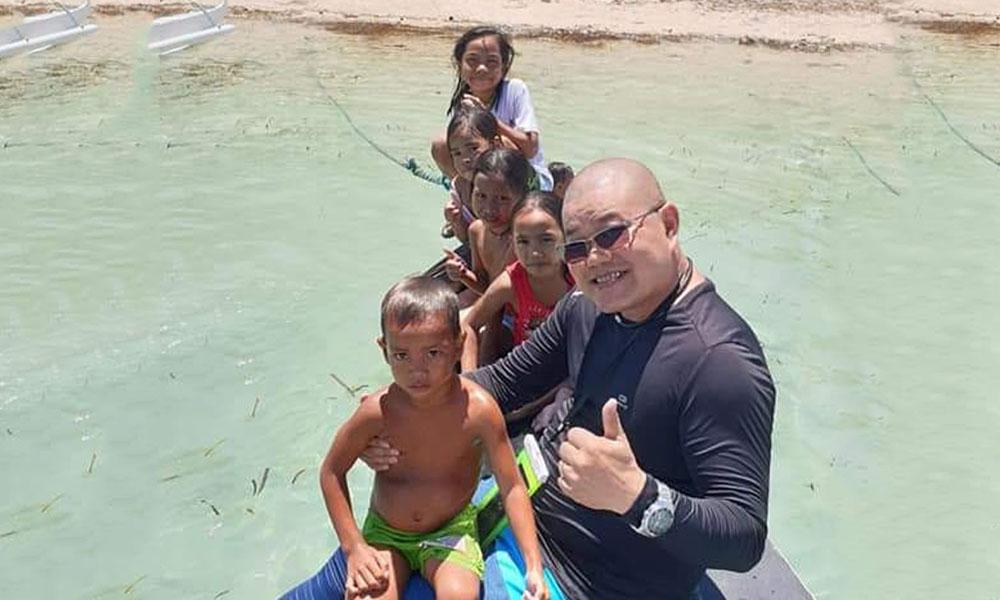 If you were to meet Paul Ang today, you would be surprised that his approachable demeanour belies a past spent running from the law, having committed a series of crimes from armed robberies to drug smuggling. Years of living on the wrong side of the law came to an abrupt halt when his attempt at being a drug mule was busted at the French border, resulting in him being thrown behind bars in a foreign land. There, he would encounter God for the first time. But Paul returned to his old ways once again, before finally deciding that he needed God in his life.

After filming his testimony to be shown as part of Aldersgate SG 2022 celebrations, Methodist Message sat down with Paul for a chat. He shared about his life of crime that spiralled out of control, and how he came to know God’s redemptive and restoring love.

Methodist Message (MM): What were your growing years like?

Paul Ang (PA): My parents divorced when I was very young. My mother raised four children as a single parent and I was the eldest. I couldn’t find love and care from the family as my mother had no time for us, and so I joined a secret society at the age of 14. Being in the gang gave me a sense of belonging. It was there that I learned to smoke, drink, take drugs and fight.

MM: You were imprisoned after staging a series of armed robberies as a youth. How did the police manage to arrest you?

PA: A gang member was caught by the police and gave my name to them along with the names of a few others who were involved in the robberies. This was my first brush with the law.

Life on the run

MM: You got married in 1995 and had a child. Yet, you continued your life with drugs. Why?

PA: Even after getting married and becoming a father, I did not know how to manage my life well. I would take drugs or drink excessively each time to escape my problems, thinking everything would be solved when I became sober the next day, but things just got worse.

MM: When you were charged in 1997, you jumped bail and escaped to the Golden Triangle (Northern Thailand, near the borders of Laos and Myanmar). Describe what you did to evade being captured.

PA: I used a friend’s passport to get myself into Malaysia and subsequently into Thailand, where I settled down. Through a recommendation of a friend, I proceeded to join an international drug syndicate. As I was fluent in Thai, most of the locals there thought that I was one of them and thus I was able to assimilate into the community. I took efforts to lie low and always made sure my trafficking and smuggling of drugs were done discreetly, hence no one really knew what I was actually up to except those who knew me well.

MM: How did you get caught in France for drug smuggling?

PA: I was an itinerary planner in the drug syndicate, in charge of coordinating and planning the safest routes to smuggle the drugs. Once, I had to arrange for 50,000 Ecstasy pills to be smuggled into Malaysia from France. However, while travelling in the train from Holland (where the pills came from) to France, I was ambushed by the French customs police together with the Interpol, when I crossed into French territory.

MM: While serving your term in a French prison, a priest visited you regularly, and he ended up being an important person in your life. Tell us why.

PA: When the French priest visited me, I had been placed in a punishment cell for assaulting a prison officer. Initially, I really did not know why he came to visit me. I remembered always being very happy when he visited as he would bring along a bag of goodies containing creature comforts like tobacco, sweets, cake and biscuits. It was years later when I got to know the Lord that I realised the visits by the priest were a manifestation of God’s mercy to me.

MM: What was it about the priest’s visits that calmed your rage against your wife?

PA: I was going through a period of depression at that time, as my then-wife had left me and took all my possessions. I would act out in aggression. The priest would often ask me if I was doing all right or if I felt better. He showed me a kind of concern that I had not experienced before, I wondered why he would bother with a person like me. Somehow, the visits calmed me.

MM: But yet, you still fell back into the old ways. From 2006 to 2010, you were sentenced to your fourth prison term in Singapore. What made you finally decide to submit to God completely?

PA: One day, my young son visited me in prison and accused me of abandoning him. His accusation shook me to the core. My heart was broken into pieces this time and I was at my wit’s end on what to do with my life. That night, I cried out to God. I told God that I would be serious with him and read his Word every day for a year, and if nothing changed, then I would give up my faith. However, during that one year, I fell in love with God more and more as he took away my heart of stone and replaced it with a thankful heart.

PA: I confessed to God that I had hurt my loved ones and wanted to start anew. After confessing and asking for his forgiveness, a sense of peace came upon me.

MM: After your release from prison, how was life different for you?

PA: After my conversion, God gave me the courage to renounce my affiliation with my gang in the prison. God also directed me to an 18-month course on Christianity in prison which

helped me to understand his Word and his loving character. Through the course, I came to know a God who “so loved the world that he gave us his One and only Son Jesus”.

MM: How do you feel about yourself looking back?

PA: My prison terms would total 11.5 years in length of time. It was not easy for me to re-integrate into society after my imprisonment as I had no relevant working skills. I only knew how to peddle drugs, operate underground gambling dens and other vices. Looking back, I am really grateful to God for this new lease of life in Christ. Because of him, I learned to forgive and also to seek forgiveness; because of him, I received total healing from my depression.

MM: When you came to Grace Methodist Church (GMC), was there any stigma attached to your previous life? How has the church helped you re-integrate back to society?

PA: When I came to GMC, I was very welcomed by the sisters and brothers-in-Christ. My church arranged a cell group for me and also included me in Bible study classes. I thank God that I am now involved in the music ministry and that I am also given the chance to serve as a prison volunteer.

MM: What would you like to say to encourage others who find themselves struggling in their sin?

PA: I would like to say to them that God is real, he is not just a figment of their imagination. He needs to be in our hearts. When people find themselves struggling with sin, all they have to do is confess to God and willingly let him in to do the redemptive work in their lives. God is always faithful, quick to forgive and help. You are never alone.

For more of Paul’s story, watch this video that was prepared as part of Aldersgate SG 2022 celebrations, https://youtu.be/Nu7Hqps7eH0 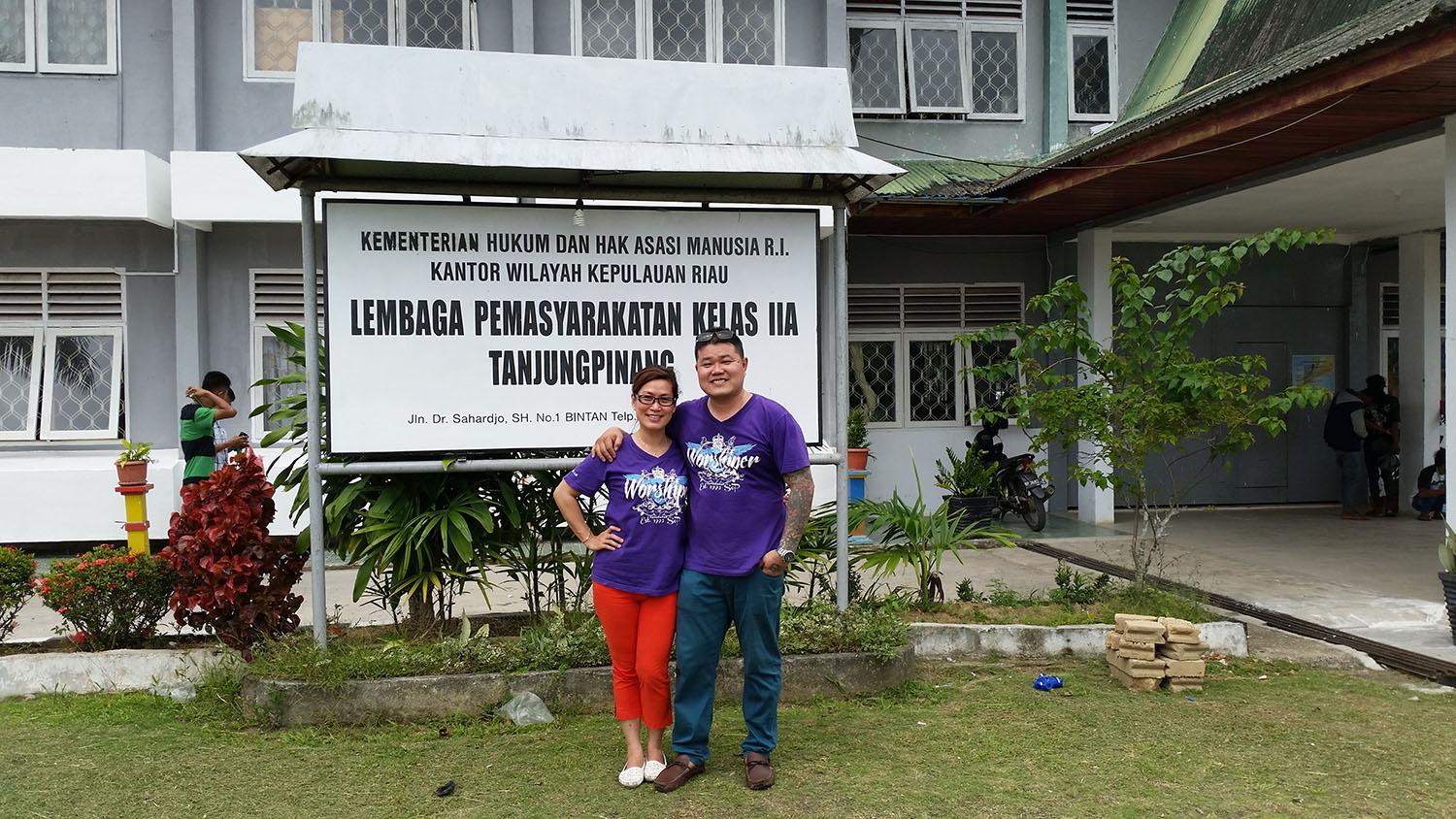 Being-a-part-of-the-prison-ministry-at-Tanjong-Pinang-Indonesia
Being a part of the prison ministry at Tanjong Pinang, Indonesia 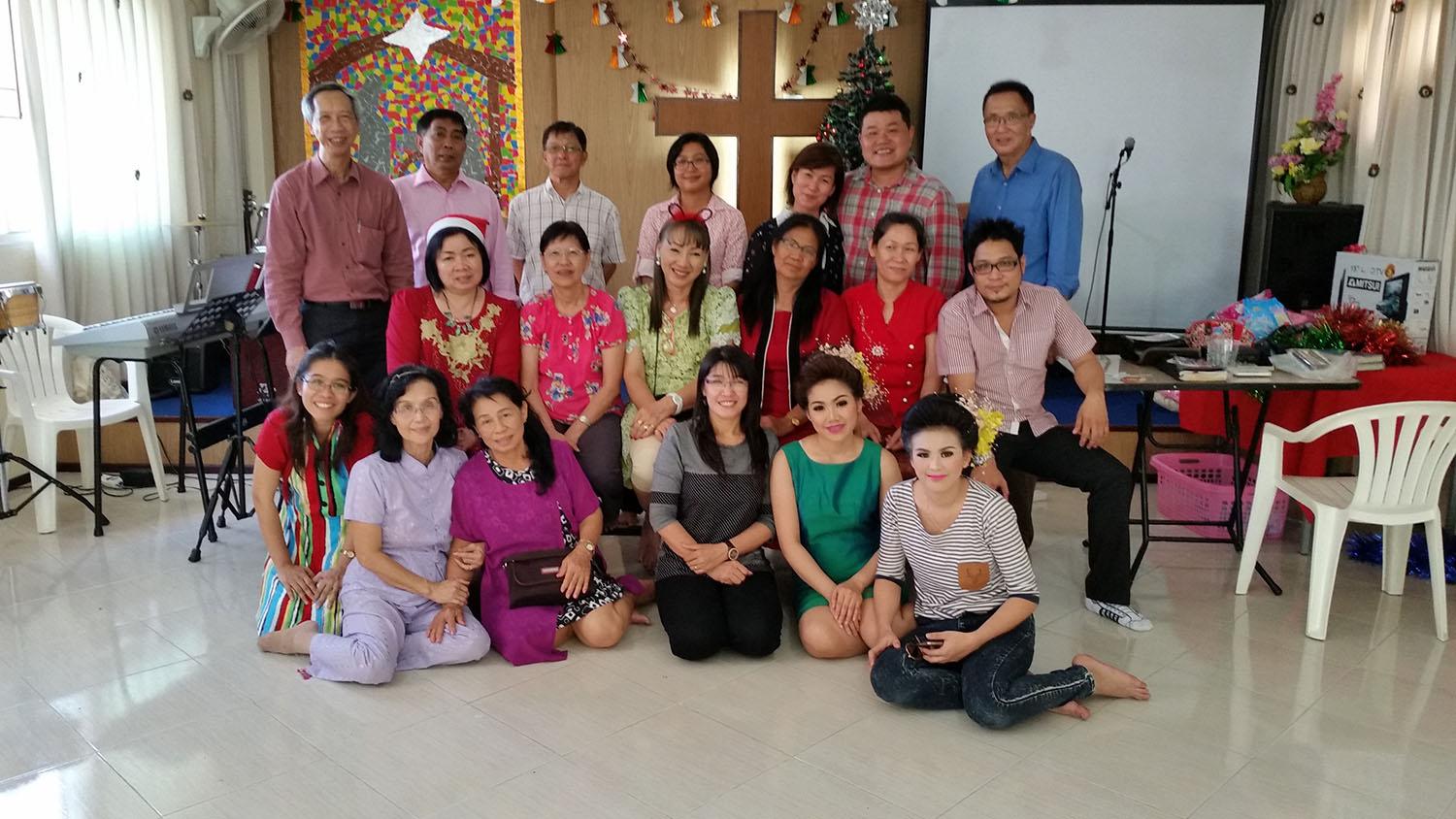