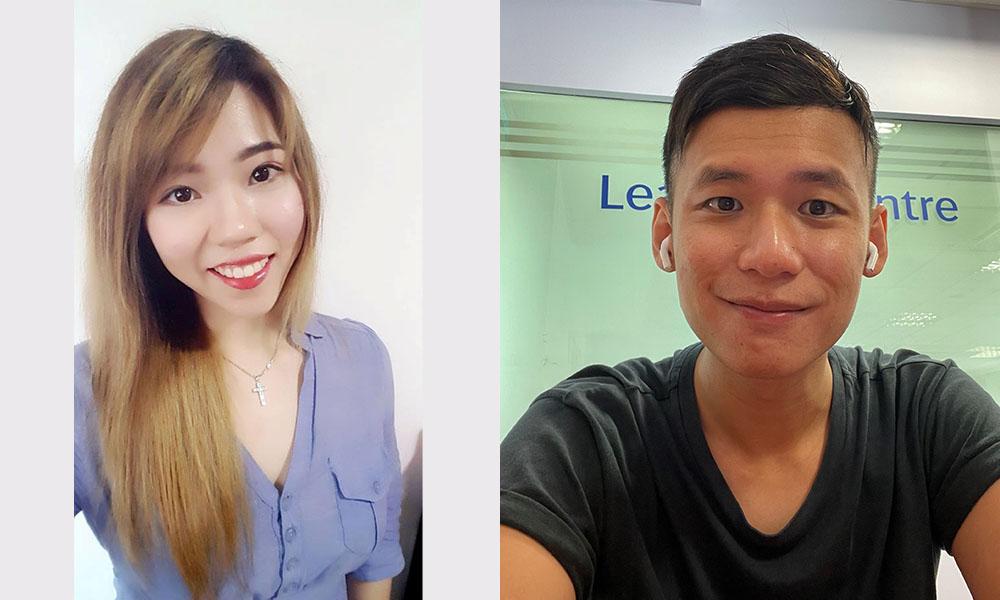 She was a gaming addict, now she games for good

I am Ruth, better known as potatofluff to gamers.

I am super-passionate about gaming and I have a Diploma in Game Development. I conduct DOTA 2 workshops at the Esports Academy, and have coached and managed DOTA and FIFA Online 3 teams that represented Singapore. Does this mean anything to you? How about if I told you I had played 200 game titles by the time I graduated from University?

So why did I play so much, or get into games in the first place?

My earliest memory of gaming was when I was three. My brothers would play on the Super Nintendo console while I sat between them. Sometimes my parents would join us. I remember vividly that these were the only times my family would be together.

As my brothers strategised ways to complete the stages, my parents would watch and comment.  Once my parents played against each other in a game called Marvel vs Capcom, and we had lots of fun watching them fumble with the controls. I think my mum won.

But after every game, each one would disperse to do their own thing Left behind, I remember feeling bereft.

I started buying games and consoles to relieve my loneliness, playing games to the point that I could no longer distinguish night from day.

Knowing that my parents would scold me for staying up late even on school nights, I would pretend to sleep before sneaking into the computer room to play. This meant getting only about 4-5 hours of sleep daily, even on tiring days with badminton CCA and school work.

In class, I had trouble concentrating, either falling half-asleep or day-dreaming about how I could advance in the game and how to strengthen my game-characters.

My grades slowly dropped. I only started to care about them just before GCE O-Levels when I had already played most of the games  available, and the new ones were not as appealing.

But my efforts to pay attention to my studies were too little, too late. Math was my strongest subject, but I blanked out during my E-Math paper and did not complete the last page of my A-Math paper.

It was excruciating taking the exams knowing that I would not do well and waiting three months for the results. I remember wanting to give up on the papers and retake them the following year.

One night, while I was sleeping, I heard a low, unique yet familiar voice saying “Jeremiah 29:11”. I awoke in shock to find out it was morning and there was no one there.

Opening the Bible, I read the verse, “For I know the plans I have for you,” declares the Lord, “plans to prosper you and not to harm you, plans to give you a hope and a future.” As I read this, I heard the same voice say “Temasek”! I figured it must be God speaking to me.

And so I ended up studying Game Development in Temasek Polytechnic I thought I might go crazy binge-playing, with so much exposure to games. On the contrary, the more I learned, the less I played. Understanding the psychology behind gaming and what made it addictive demystified gaming and empowered me.

The journey was not smooth-sailing. In between, there were moments when I could not control my gaming habits. It was during my final year, when I volunteered at a Game Addiction Centre, that it suddenly hit me—I was a gaming addict.

I had always been in denial. There is stigma associated with being an addict, and although my close friends and family could tell that I was one, it was hard to talk about it as many could only make unhelpful or exasperated comments like “just stop playing” or “see lah, play some more, carry on! Now got problem, then start crying!”

Finally, I confided in a trusted lecturer, with whose help I started to be accountable for my playing times and, most importantly, to be conscious of the games I chose to play. This was important because I found some types of games difficult to end.  While some gamers are attracted to sandbox games like Minecraft and Roblox, my weakness was for games with storylines and turn-based battles.

To curb my addiction, I would read up on the plot and watch YouTube videos, which   satisfied my curiosity and reduced my obsession with the game.  Nothing beats the fun of playing, but I had to compromise.

With the encouragement from my lecturer and friends, I managed to overcome my addiction. Now I use my experiences, knowledge and skills to coach youths, teaching them skills such as teamwork and communication to help them achieve their goals through esports.

He craved recognition from his peers

My family first got a computer when I was in primary school. Whenever possible, I would game from morning till past midnight, school holidays or not. On school days, I often slept in class, or played truant using forged parents’ letters or medical certificates I bought. I even ran away from home once during my Polytechnic years when my father hid the modem to prevent me from gaming.

My parents were busy working to clear a heavy debt. My father worked full-time in the day and took on odd jobs at night. On nights while I was playing, I would hear him preparing to go to work. I would stop my game, pretending that I was awoken by the sound, but really because I wanted to spend time with him. We would go to eat bak chor mee at Bedok 85, then I would wait for him in our car while he drove a busload of foreign workers to their destinations. I treasured those moments, for otherwise, I was pretty much on my own. It got worse when my father had to work overseas in China for many years, leaving my mum to handle both her own job and the household.

Academically, my report card would be filled with red ink except for English, which I barely passed. The worst part of primary school was that I had very few friends. I was socially awkward and a loner, so I was bullied by three classmates while in upper primary school.

I did not have friends to help me and I was afraid to tell my family for fear of burdening them; at the same time, I felt ashamed, thinking the bullying was somehow my fault. It escalated over time, getting so bad until there were days when I persuaded my mother to let me bring an umbrella to school on the pretext that I feared it might rain, but really to use as a weapon to defend myself. I was very distressed for most of my upper primary school years due to the incessant bullying and so I coped by skipping school and gaming.

The gaming world was a place where I felt capable, acknowledged, and accepted—the opposite of my real life.

With my poor PSLE scores, I ended up in a school well-known for delinquents and bullies. I became even more socially withdrawn: it was the perfect recipe for being bullied again, and I retaliated aggressively as before. However, this time, there were classmates who applauded my courage to stand up to the bullies and these classmates became my friends. It was also at this point, in Secondary 2, that a friend invited me to church. When I eventually gave my life to Jesus and began attending a cell group regularly I finally felt like I had a place in the real world.

And then, there was a turning point in my studies. I scored well for my English and Humanities subjects. When my English teacher read out my compositions in class I felt extremely proud.  His affirmation drove my desire to score top place for those two subjects. I was willing to set aside gaming to complete my homework, which had never happened before.

Well, I did manage to achieve the top score for each of those subjects in my N-levels in Secondary 4. Not only that, my overall score made me the top student in the cohort. Everyone was shocked.

My story had many more ups and downs, but two things are apparent. Firstly, my gaming behaviour was rooted in a desire to gain recognition among my peers. Secondly, when I was consumed by gaming, studies and faith could not seem to coexist with it. They were very much separate worlds, and I could only inhabit one or the other—or so I thought.

God has a mysterious way of working, as my gaming struggles and psychology background have led me to this job where I help young gamers struggling with gaming dependency. Games, which used to affect me negatively, are now my language to connect with others.