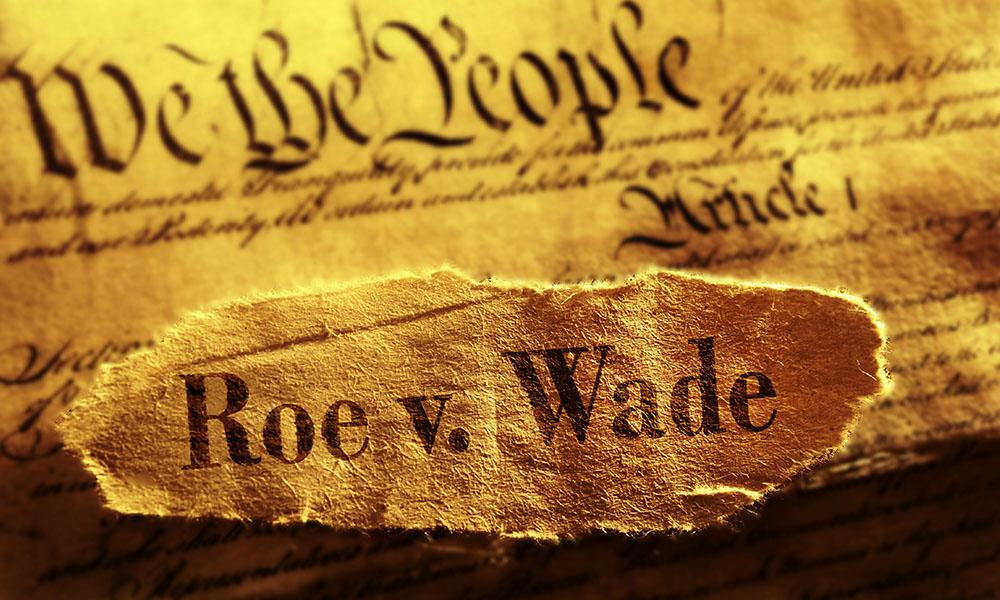 On 24 June 2022, the Supreme Court of the United States  of America reversed the decision in Roe v. Wade. At the risk of oversimplifying a complex legal discussion, the case of Roe v. Wade affirmed in 1973 that the fundamental “right to privacy” enshrined in the United States Constitution included a right to abortion. This landmark ruling has now been overturned by a 5-4 majority of the Supreme Court judges. In short, they ruled that abortion is not a constitutional right falling within the “right to privacy”. 1

In anticipation of the 2022 decision overturning Roe, 13 US states had passed so-called “trigger laws” that would severely narrow the circumstances under which one could opt for a legal abortion. After the 2022 decision, other states have sought to legislate bans on abortion, triggering legal battles as supporters of the right to abortion sought injunctions to block these laws. 2

Although this is ostensibly a matter of American law and bioethics, it has nonetheless resulted in widespread global condemnation on one hand, 3 and celebration at the reversal of what was deemed to be an unjust ruling on the other. 4 According to Christianity Today, evangelicals have been “most opposed to abortion”. 5 Whether justified or not, Christians are seen as the main drivers of the anti-abortion movement. I briefly outline in this article how we may respond to the decision to overturn Roe, through postures derived from our Methodist Social Principles (MSP), organised through the lens of the famous verse in  Micah 6:8-9 (NIV): “He has shown you, mortal, what is good. And what does the Lord require of you? To act justly and to love mercy and to walk humbly with your God.” 6

Underlying the MSP’s response to abortion is the theological belief that “life begins at conception”. Therefore, “we… do not subscribe to abortion except on medical grounds.” 7 The German pastor-theologian Dietrich Bonhoeffer wrote:

“To kill the fruit in the mother’s womb is to injure the right to life that God has bestowed on the developing life. Discussion of the question whether a human being is already present confuses the simple fact that, in any case, God wills to create a human being and that the life of this developing human being has been deliberately taken. And this is nothing but murder.” 7

Yet, Bonhoeffer goes on to acknowledge some compelling reasons why  one  might be forced into undergoing an abortion. At one point he even says that when abortion is a deed of despair, “guilt falls often more on the community than on the individual”. 9

Still, even though complex situations may surround the act of abortion, compelling us to offer a nuanced pastoral response, the moral ground seems unassailable: the most basic of all God-given rights is the right to life. Since life begins at conception, all abortions—even those performed on the most compassionate grounds—terminate life. The MSP affirms the Christian doctrine that all life is sacred. 10 The overturning of Roe thus deserves our praise, if for nothing else than to help lessen the number of sacred lives that would otherwise be lost to elective abortions. 11

Love mercy: Loving those who struggle

The MSP wisely calls Christians to prayerful inquiry in situations where abortion might be contemplated, and to seek appropriate counsel. 12

Here is a salient reminder that abortion, even if it amounts to as grave  a  sin as  murder, is not unforgivable. It is the responsibility of the Church to foster an environment where people struggling with  abortion might have  a genuine encounter with the reconciliation and forgiveness bought for us at the great cost of Christ’s own life. Christ, the Lamb of God who was slain, has proved decisively that legally sanctioned acts of deliberate killing do not have the last word in God’s kingdom. In the numerous motivations for abortion, I agree with Bonhoeffer that the guilt often lies with the community as much as with the individual. That there are people for whom abortion feels like the only way out, is cause for society’s repentance.

We must not lose sight of the humanity of those who have opted or might opt for abortions. Both the mother and the unborn child have dignity and sanctity before the face of God and pregnancy binds them both in inextricable bonds. We need to heed the words of O. Carter Snead, who rightly describes the pregnant woman as a “vulnerable, dependent member of the community, who is entitled to the protections and support of the network of uncalculated giving and graceful receiving that must exist for any human being to survive and flourish”. 13  Since we hold that every woman who is pregnant should bear responsibility for what is sometimes an unchosen obligation, then she too, by virtue of her pregnancy, is an unchosen obligation that binds the body  of Christ to respond to her vulnerability and need. These unchosen obligations do not end with childbirth. The networks of uncalculated giving and graceful receiving are vital throughout the human life span. 14 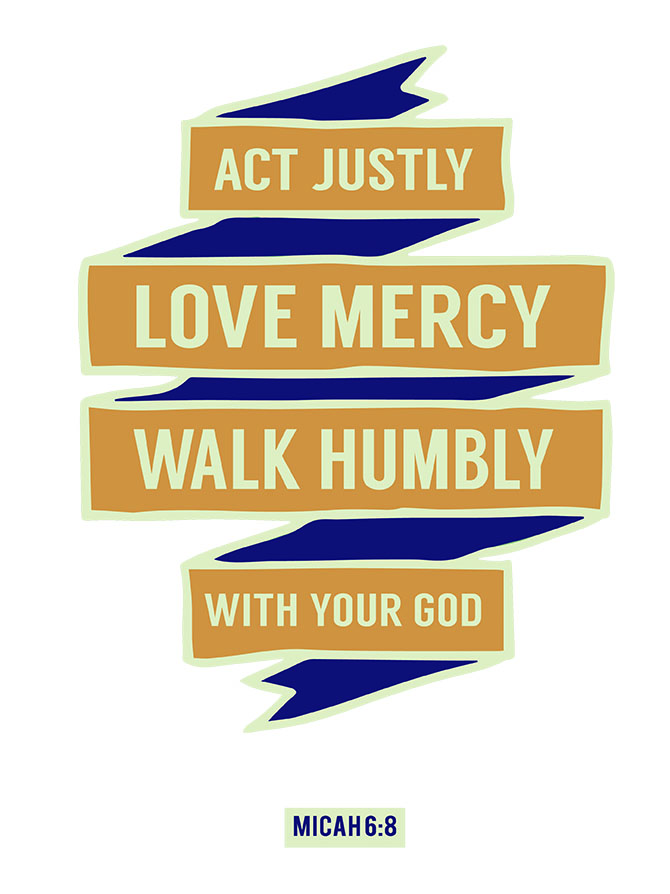 Walk humbly: Loving before we speak

One more disposition is necessary in any Christian response to Roe. The MSP calls on churches to provide safe counselling spaces to guide and offer support for anyone who “has had or may be contemplating abortion”. 15  The MSP is not calling on us to baptise abortion, whether in individual cases or in the realm of public policy. Rather, we  are reminded that even when we oppose abortion on moral and theological grounds, we are still called to love our neighbours. This should guide us to genuinely love people enough to suspend our instinctive rush to judgement. We must understand that talk of restricting or banning abortion will genuinely feel like a loss. The surety of our moral position should not result in hardness of hearts for the many caught in the web of complex personal, social, legislative and political issues surrounding abortion. In his reasoned commentary on the overturning of Roe, O. Carter Snead observes: “Roe and its progeny have wounded the nation in a way that is even more relevant now; Roe eliminated the need for us to talk to one another in the political sphere in a way that has real and concrete meaning for the laws and policies that bind us… We need to re-learn how to talk about abortion as a precondition of self-governance.” 16

To engage in conversations about morality, laws and policy requires both moral confidence and an intentional humility on our part. To walk humbly with our God is also to walk humbly with those whom God loves. This posture of humility applies both to our response to all whose personal histories are intertwined with abortion, as well as to the broader Christian response to Roe. The reflections of Nigel Biggar on how Christian ethics should be applied in public are salutary:

“To look before one thinks and speaks is simply an expression of love. To speak in love is to speak with the intention of benefiting, and we cannot expect to benefit what we have not taken the trouble to understand. And in order to understand particular human  beings  in their concrete predicaments, it is not enough to hoist one’s prejudices over them. An ethicist who is Christian should want to follow his Lord and Master in loving the world. And if he would love the world, he will play pastor before he plays prophet. For the only people a prophet has the right to prophesy  against are  those he has first cared to make his own.” 17

The moral ground is clear even though our understanding and experience of the ramifications of this watershed moment in American history will vary. Opposing abortion on moral grounds is not hoisting prejudices. However, as Biggar points out, we should first be a pastor to those struggling with abortion and the reversal of Roe, before we play the role of prophet. Our response should be born out of loving conviction.

In responding to the latest developments on Roe v. Wade, these three postures—doing justice, loving mercy, and walking humbly—are exemplified in the advice articulated by our MSP. It is my prayer that Methodists in Singapore will embody these virtues bestowed on us by divine grace—a grace that has come to bring light, not heat, to a polarised world.

7 Methodist Social Principles, “The Sphere of the Family”, §4b.

11 It is also fitting to point out that to call abortion “birth control” is painfully accurate – it is not a form of contraception, but rather “controls” birth by ending its possibility.

16 “Opinion: Roe was very bad for America. The court gives us a chance to reset” https://edition.cnn.com/2022/06/24/opinions/court-decision-roe-was-very-bad-for-america-snead/index.html