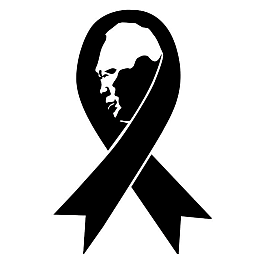 It is just slightly over a month since the passing away of Mr Lee Kuan Yew, the first Prime Minister of Singapore on 23 March 2015. We still remember him.

I have never met LKY (as he is often referred to by many) face to face. Yet what he did in his lifetime influenced me in ways that is impossible to measure.

LKY appeared tough, stern, autocratic – at least, that was how many of us English-educated and western-influenced were shaped to view him. These were labels the western media – with their liberal understanding of government – used to describe him. In the weeks that followed his death, a more fatherly figure emerged, not just from his own family, but also from many Singaporeans who had personal encounters with him.

We now call him the Father of Singapore. An appropriate term of endearment, come to think of it.

When we were children, we needed a father to guide us, draw boundaries for us, teach us, and discipline us even. As we grow up, we might want to take alternative paths to test out new ways, and challenge the earlier experiences we had. Yet during this period we still needed our father to remind us of what really mattered, but leaving us to make our own choices. He would still be around to guide us should our choices prove unwise.

But there comes a time when we become adults, just like our father. We will have learned the best of what he taught us and tried to ground us in, discovered some of those to have been dated, but that others were timeless and priceless wisdom. We know that father will not always be around. We must move on, not just remembering his legacy, but seeking to build upon the best that he bequeathed to us.

In the midst of the affection that rose up for LKY during the week of mourning, there were those who reminded us of some who had been at the painful end of the stick that ruled Singapore. We should not forget that they are also a part of our history, as we journeyed to where we are today. Wounds of such a nature may take a long time to heal, if ever. With the passing of the years, we hope that we can make sense of what really happened so that we can find peace within and with one another.

For example, take our case as Methodists, who had our historical roots in the United Methodist Church of America. Methodists in Singapore and Malaya learned quickly and achieved autonomy. Then when we were separated from Malaysia, the Methodist churches in both countries became independent of each other.

There are many countries around the world that have become independent but the Methodist churches there still come under the jurisdiction of the mother church of their former colonial masters. The kind of governance that LKY introduced into Singapore prompted us to consider how the church needed to adapt to a more local organisational culture.

As a society we have since moved on to evolve an effective working model of promoting racial and religious harmony, something that many other countries failed to muster and now want to learn from us. This is one of the many far-sighted visions of LKY’s legacy that has stood us in good stead.

At Aldersgate remembrances every year in May, Methodists remember John Wesley, a tiny dynamite of an Englishman, whose life and work still touch millions of lives over two hundred years after his death, mainly through his followers. It is too early to tell, but who knows what influence people from a tiny red dot of an island will have on the rest of the world a century from now, thanks to LKY.