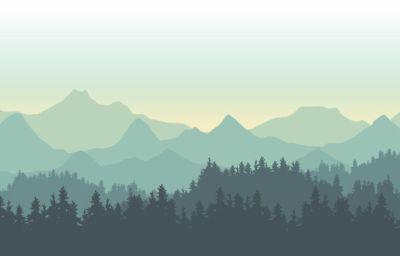 Psalm 104 is one of the most extended meditations on Creation Care in the Bible. The Psalmist praises God for both creating, and caring for the many, many different created beings in our world. The long list includes the heavens, the clouds, wind, lightning, the earth, the seas, the mountains (verses 2-9), valleys, springs, wild animals, donkeys, grass, plants, humans, trees, birds, storks (verses 10-17), goats, badgers, the moon and sun, lions, big fish, small fish, and even monster fish (verses 18-26). All of these are created by God and depend on God’s hands, face and breath to be sustained (verses 27-30). By using the same Hebrew word in verses 11 and 13, there is a playful implication that even the mountains, just like the animals, need God to provide them water to drink!

In such a long list of created beings, one writer comments that “humanity has only a bit part”.1 This is an exaggeration (humanity is named three times, although the mountains take pride of place with six references). But the writer’s point is that the God of Psalm 104 is lovingly concerned for all creation, and humanity should not lord herself over her fellow created beings. (The list in Psalm 104 puts both inanimate and animate beings alike under the care of the one God who created us all.) Indeed, the mandate to humanity in Genesis 1:28 “have dominion over” other created beings would seem to lay the lion’s share of responsibility upon humans to help God — in whose image humanity is made — to express care for all God’s creation. This mandate probably lies behind the sudden and unexplained anger with which the Psalmist ends:

May sinners vanish from the earth and the wicked be no more!
Psalm 104:35

Was the Psalmist angry at the way humans in his or her time were abusing God’s creation rather than caring for it? We cannot be certain, but we can certainly do our part to care for all of God’s Creation. May all who abuse God’s creation be no more!

Bishop Dr Gordon Wong was elected Bishop of The Methodist Church in Singapore in 2020.
He served as President of the Trinity Annual Conference from 2012-2020.