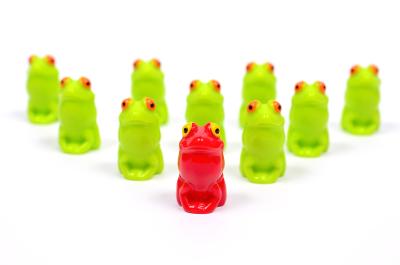 That is something most of us would find unthinkable, squeamish, and will avoid at all costs. Yet some people would choose to do it: sleeping with frogs.

One such person was Pharaoh. The second great plague that came upon Egypt was frogs (Exodus 8). From the Nile, frogs came into houses, bedrooms, on the beds, into ovens and kneading bowls – everywhere! When Pharaoh pleaded to stop the plague, Moses asked him when he should command the frogs to go away. The answer was “Tomorrow”.

Sleeping with frogs. That is the tagline for a proud person who is willing to go to any length not to admit that he or she has been defeated, to the point of personally submitting oneself to endure a humiliating and revolting experience. It is a description of someone who makes promises publicly, but hides a deliberate pre-meditated intention to renege on them. Prideful intentional procrastination. One can only do that when one’s heart has been so hardened to the point where there is no longer any natural emotional sensitivity.

We might not be going to bed with real frogs, but there are other slimy bedfellows with whom we are willing to have a one-night sleepover.  Anger is one. Unforgiveness is another. Unconfessed sin, bitterness, hatred, and a few other strange creatures of the heart – not amphibian, more of a spiritual species. But if we find ourselves sleeping with them, it is indicative of what kind of person we really are.

We are proud. Anger is often the result of the fracture of our high (but false) estimate of who we are, or that we have failed to live up to our own expectation of that estimate. The reason we harbour unforgiveness is that we want the person to be beholden to us. We do not want to confess our sin because we do not want to admit our fault and weakness. We are bitter because someone has proven to be better than us, or that we have been treated unfairly. We hate another because we do not value the other as being of the same worth as we are.

Pride can make us do silly things (before the eyes of everyone else but ourselves).  We deceive and convince ourselves about the justness of our actions.

When we sleep with frogs, it also indicates that our hearts have hardened. Such a condition is reflected in the heartless and harsh way we treat others. What may not be obvious but is even more damaging is that we may eventually self-destruct. No one and nothing can convince us of the foolishness of our action. When we are willing to sleep with frogs, we have come to a point of no return: we will not repent.

In contrast to Pharaoh, consider Moses. He realised that others knew he had secretly killed an Egyptian supervisor for mistreating Israelite slaves. He could have rationalised that his action was justified. But upon discovery, he fled with guilt and in fear. This trait of vulnerability moved him to offer himself to be killed instead of letting God release His anger and judgment upon the recalcitrant Israelites.

Hence, the Bible testifies: “Now the man Moses was very meek, more than all the people who were on the face of the earth” (Numbers 12:3, ESV).

In order not to end up sleeping with frogs, be small in your own eyes. Be humble. Let God’s love, poured into your heart by the Holy Spirit (Romans 5:5), rule your thoughts and actions.