The importance of a mentor 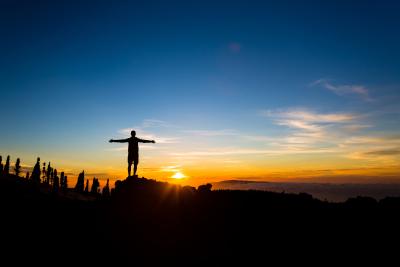 The book of Acts (13:1) presents the five leaders of the early church at Antioch: Barnabas; Simeon; Lucius; Manaen; and Saul.

Barnabas is familiar to us, as is Saul. The former was first among the five to follow Jesus; he sold his land and brought the proceeds to the apostles, and he was also a faithful missionary.

Additionally, Barnabas mentored the newly converted Paul, whom he was to groom as the next leader of the early church and apostle to the Gentiles. He was the first to vouch for the truth of Paul’s testimony of conversion and he convinced the apostles to accept Paul (9:26–28).

Later, he went to Tarsus to look for Paul and brought him back to Antioch, where both of them stayed and taught for a full year. There, Barnabas was able to properly mentor Paul (11:25).

When the church sent them on their first missionary journey, Barnabas let Paul take the lead. Paul then preached in the synagogues and his message was well received. The church begged Paul to preach again the following Sabbath (13:16–49).

Barnabas and Paul were of one heart in their ministry, and they were filled with the power of the Holy Spirit to preach and do miraculous signs and wonders (14:1–18). When they went to the Council at Jerusalem, they spoke with one voice in support of preaching to the Gentiles. The Council’s decision, which embraced the ministry of Barnabas and Paul, helped to confirm Paul’s role as a missionary to the Gentiles.

This brief account shows the importance of a mentor to sustain ministries that have been started by identifying and grooming new leaders and successors. The lack of succession planning is one of the major reasons for the decline of the Western Church.

It was Barnabas who recruited and developed Simeon, Lucius, Manaen and Saul, as well as Mark and Silas. Paul, in turn, nurtured Priscilla, Aquila, Timothy, Titus and Epaphroditus, among others. This made possible the rapid spread of the early Church’s gospel ministry among the Gentiles in Asia Minor.

It is imperative for the Church today to draw up a leadership renewal scheme to identify, recruit and develop our next generation of leaders. Current church leaders must recognise that this is their role and responsibility too, and they are to be mentors to potential new leaders.

The mentor has to be an example to his mentee; however, the latter is not to learn to be like his mentor. Instead, he is to emulate his mentor in glorifying Jesus Christ. Paul often writes to churches urging them to imitate him as he imitates Christ (1 Cor 11:1; 1 Th 1:6) as man’s inherent imperfection means that no leadership style or character is ideal for imitation.

Thus, the mentor’s purpose is not to establish his own kingdom territory but to enable his successor(s) to imitate the servant-leadership qualities of Jesus Christ.

Based on the Bible’s standards, future leaders to be recruited and developed by the Church must first possess a self-sacrificing attitude as set by Jesus Christ in Mark 10:43–45. Only then should their capabilities and talents be considered.