The virtue of respect 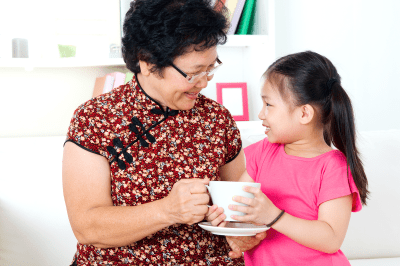 In the month when we celebrate Lunar New Year, we turn our attention to the virtue of respect, as in filial piety, honour and the like.

The erosion of this virtue begins when a higher premium is placed on individual rights. There is something appealing about championing your self-interest as a fundamental human right. But if we do not aggregate the interests of the individual together with the community, we have allowed the power of sin to control us. What is sometimes celebrated as a right may be nothing more than selfishness.

When Adam was asked whether he had disobeyed God’s command, he pointed the finger at Eve. But Scripture is clear: Adam was with her when she was deceived (Genesis 3:6). Eve was deceived, but not Adam (1 Timothy 2:14): he was there as the serpent tempted his wife.

Yet he did not admit to the collective culpability for the disobedience. Adam’s sin was not only that he disobeyed God in eating the forbidden fruit; he wrongly asserted his individualism, disavowing collective responsibility for what transpired in the garden.

To exercise respect, we must put aside any kind of self-consideration. In the eyes of the world, we only respect those who are “above” us. Scripture shows otherwise: it is to “count others more significant than yourselves … let each of you look not only to his own interests, but also to the interests of others.” (Philippians 2:3-4, ESV). Humility is the mother of respect.

There is another subtle way of degrading respect that may seem innocuous to some: humour. When we “make fun” of others, we belittle them. But with humour, the disrespect implicit is often overlooked. Whether it be stand-up comedies, talk shows, satires and lampoons, or just coffee-shop banter – give them time and they slowly eat away at the regard we have for persons, or even traditions and customs. If we want to make fun of people, do some self-deprecation, rather than sneak surreptitiously at others.

As humour can also be a powerful tool to unearth injustices, including raising awareness of various forms of disrespect, it is our responsibility when we watch, listen and read to do so with discernment. Where appropriate, it is also beholden upon us to correct or express a contrary view. This may help to check a subtlety that could in time be upheld as acceptable.

In Singapore, this virtue must be specially valued because of race and religion. In the West, it has seemed fashionable in recent times to lampoon Islam, and we have read of the backlash. Back home, Christianity, in contrast to the other faiths, has become an easy target, as it has already been in the West for a long time. The critics appear to assume that Christians do not mind – which I believe is a false assumption. Many of us do mind!

Some have falsely applied Christ’s teaching of turning the other cheek when in fact Christ’s overarching principle, slapping being just an example, is not to return evil for evil. In short, when we are being shown disrespect, the proper response is respect, for by doing so we terminate the possible vicious cycle that the other intends to start with us. We respond with love, truth, and grace, in action as well as with words.

So let this Lunar New Year be an opportunity for us to continue showing this virtue – respect – to all. May the Lord prosper you in spirit, soul and body.