Women in the Church 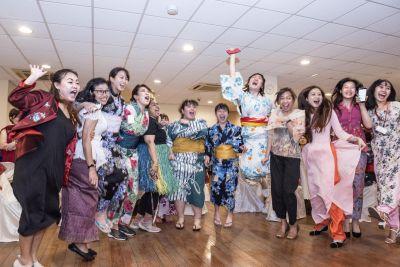 After God created Adam, He created Eve. She was to be his helper, comparable to him, and not his servant (Genesis 2:18). She could be his helper because she was capable.

There is a proverb that says, “The hand that rocks the cradle rules the world.” Words of wisdom from the East say that women hold up half the sky and half the world is theirs! Indeed, the world is different because of women—it is more vibrant and gets more creative through the generations.

The Bible contains many notable narratives of capable women. God used them to bring about significant results.

In the Old Testament, Sarah gave birth to Isaac (Genesis 21:2). Jochebed gave birth to Aaron, Miriam and Moses. Hannah was the mother of the prophet Samuel. Queen Esther saved the Jewish people. Ruth became the great grandmother of David.

In the New Testament, Elizabeth bore John the Baptist in her old age while Mary became the mother of Jesus. The two sisters, Martha and Mary, and Mary Magdalene were worthy helpers of Jesus. There were outstanding women believers like Dorcas, Lydia, as well as Lois and Eunice—the grandmother and mother of Timothy respectively. Paul had the support and help of Aquila and his wife, Priscilla, on his missions to preach the gospel.

Women have played an important role in the Church since its earliest days. Acts Chapter 2 records the birth of the Church with 120 believers, including women who served. Deaconesses are mentioned in Romans 16:1 and 1 Timothy 3:11, indicating that women held official positions in their ministries.

Since the days of the infant Church, women have made great advancements both their status as well as contributions in all fields. Today we have women scientists, astronauts, physicians, writers, artists, athletes, political leaders and experts in a wide range of domains. Within the Church we have women pastors, missionaries, LCEC chairpersons, lay leaders, theologians, lecturers, moderators and bishops.

It is noted that women were serving in the Church since the time of John Wesley’s ministry. This might have been due to the influence of the wise and capable Susannah Wesley on her two sons, John and Charles. It is my belief that the Methodist movement might have achieved even greater success if John Wesley had had his wife to help him in his evangelism and pastoral ministries. Women participated actively when church school was started and played a leading role in the Christian education ministry. Two of them, Ann Cutler (1759–94) and Hester Ann Roe-Rogers (1756–94), were allowed to preach at public gatherings.

Women in the Church
As for The Methodist Church in Singapore (MCS), besides the two prominent early missionaries William Oldham and James Thoburn, there was Sophia Blackmore, the female missionary from Australia. Her contribution to the Methodist Church was no less significant. Her concern was for the ministry to women, with a focus on their welfare and education needs. She set up the “Dorcas Society” for the Chinese-speaking women, and the “Ladies Aid Society” for those who spoke English, Malay and Tamil. These were amalgamated in 1940 to form the Women’s Society of Christian Service (WSCS), which has continued till today.

In 1976, the General Conference WSCS was formed, comprising the WSCS of the three Annual Conferences. It has continued to develop and expand the women’s ministry, and provided “Leadership and Servanthood” training to equip women for service and general ministry in our churches. The four main areas of WSCS ministries include Discipleship & Nurture, Missions, Outreach & Social Concerns, and Witness & Evangelism. We can testify that MCS would not be the same without the participation of our women members, our sisters.

Let us salute our Methodist women and seek God’s blessing upon them. May the Lord use them mightily in their service, granting them grace upon grace and strength upon strength.