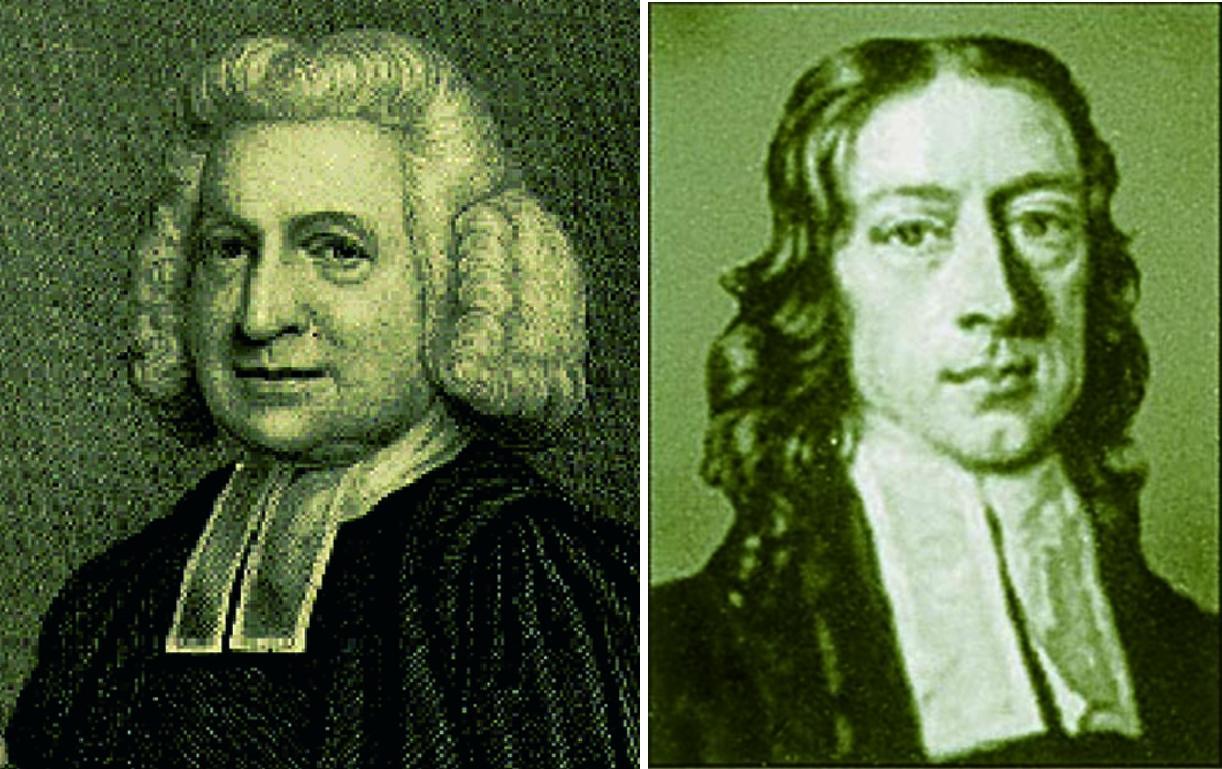 THE Wesley brothers, as we are all familiar with, never did leave behind for their constituents a crystallised systematic theological understanding of their faith expressions.

Unlike John Calvin who wrote Institutio Christianae Religionis (Institutes of the Christian Religion), or the Roman Catholics who relied extensively on Summa Theologia, a monumental work of Thomas Aquinas, it would appear that Methodists seem to be ‘playing by ear’ in the field of systematic theology.

However, that is a superficial understanding of the Wesley brothers. In reality, much of Wesleyan theology can be found in a rather unusual source—namely the thousands upon thousands of hymns that both brothers created in their lifetime.

According to Julian Dictionary of Hymnology (New York, 2nd edition, 1907), Charles Wesley (1707-1788) had created more than 6,500 hymns. However, there are other sources that claimed he wrote close to 9,000 hymns. Whatever the actual figure might be, this huge repertoire is where scholars have looked at uncovering Methodist theology. It is for this reason that Wesleyan hymnody is an important anchor for Methodism and any effort of crystallising a Methodist identity.

Indeed congregational songs carry certain theological stances that invariably define those who sing them. This reality is certainly not lost to Albert van den Heuvel when he succinctly wrote in the Preface of a songbook, Risk: New Hymns for a New Day. “It is the hymns, repeated over and over again, which form the container of much of our faith. They are probably in our age the only confessional documents which we learn by heart. As such, they have taken the place of our catechisms. Tell me what you sing, and I’ll tell you who you are!”

For Singapore Methodist churches, might the day come when our churches are merely Methodist by name? Already, many in our churches are put off by plodding hymn tunes and archaic texts and have turned towards more contemporary repertoire that seems to breathe new life and energy.

Is that day when we completely abandon our Wesleyan song heritage here? In my view, it is coming but thankfully not yet. When it does come, such a day would be tragic for our denomination since losing this avenue of lyrical transmission of Methodist theological thought would set back our churches ability to nurture a distinct heritage and identity.

J. Todd Billings in his insightful article, “The Problem of Mere Christianity”, in Christianity Today (February 2007) reminds us that church traditions give us a wealth of resources from which to grow in our faith and help us face the challenges of today’s world.

On the surface, differences in theological stance differentiate us but as Billings notes, these theological traditions can highlight what we share with other Christians. “[This is because in] articulating our differences, we also discover our commonalities. [Furthermore] insights from other times, cultures, and places can bolster our fight against superficial belief.” Admittedly, history has shown that many current denominations emerged out of ecclesial disagreement.

But through it all, God in His loving wisdom has transformed such heart-breaking dissensions to serve His purpose and as Billings points out, creeds and traditions can be ways to protect our fidelity to the Bible rather than subvert it.

While current efforts to promote Wesleyan hymnody as it exists are noble, the reality is that this corpus is relatively uneven in sing-ability.

Of course there are familiar timeless texts like “And Can It Be”, “Love Divine, All Loves Excelling”, “O for a Thousand Tongues to Sing” and there are “Who is this Gigantic Foe” or “Fondly my Foolish Heart Essays” which are hardly known or sung.

Indeed there are Wesleyan hymns that are past their shelf life and are in urgent need of major retrofitting so that they may continue to speak with relevance to a different cultural backdrop such as that of 21st century Singapore. Then there are hymn texts that can have a new lease of life if the antiquated tunes are simply replaced.

How might we begin the nurturing of a local Methodist identity? For a start, I believe it is vital that we recognise our socio-cultural environment by way of knowing the socio-cultural distinctiveness we inherently have as a community. What might these traits be? Can they be transformed for the glory of God? Accordingly, are there local musical styles that can better speak to our hearts and enable the rich Wesleyan texts to encourage, nurture or challenge our life’s journey as Methodists even as they resonate with our culture?

This year, 2007, is Charles Wesley’s 300th birth anniversary and the 10th anniversary of the establishment of the Methodist School of Music (MSM). As an agency of The Methodist Church in Singapore, the MSM has undertaken just such an effort.  It has commissioned seven Methodist composers from the Philippines, Malaysia, Taiwan and Singapore to create 10 new anthems to be premiered in a Hymn Festival on May 20 at Victoria Concert Hall as part of the Aldersgate 2007 Convention. Such a visionary act is timely and worthy of our support.

On our part, why not make plans to participate in this exciting event? Alternatively, consider purchasing the choral collection for yourself or as a gift to your church choir in support of this important work of our Methodist Church. This is one decisive but simple step we can take as individuals to ensure that the precious heritage of Wesleyan hymnody remains vibrant and is transmitted to future generations of Methodists in Singapore, Asia and some might even say, the world.

—Methodist Message, Lim Swee Hong is Lecturer in Worship, Liturgy and Music at Trinity Theological College. He is the editor of the forthcoming commissioned anthem collection to be published by the Methodist School of Music. His hobby is to set new tunes to Charles Wesley’s texts. Some of these can be found in Hymns of United Worship (Hong Kong: World Federation of Chinese Methodist Churches, 1997).

For Charles Wesley’s biography, see www.wholesomewords.org/biography/biorpcwesley.html
See Charles Wesley Society, http://www.wesleysociety.org
See www.christianitytoday.com/ct/2007/february/32.46.html
The two hymns are published in A Collection of Hymns, for Use of the People Called Methodists. (London: 1889). See www.ccel.org/w/wesley/hymn/jw.html