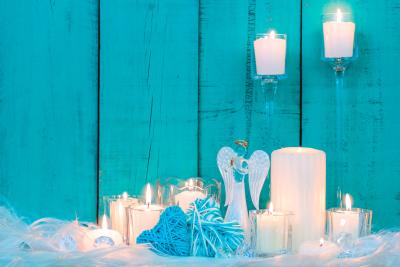 To all who received Him, to those who believed in His name, He gave the right to become children of God.

The Christmas story (recounted in the second chapter of Luke) has a very important but often overlooked theme: “receiving”. God gave His precious only Son to the world with all His love. But the world did not receive the Lord, the Word Incarnate.

“Receiving” is also an important theme of many Bible stories.

Abraham received three strangers who were angelic beings in human form. He invited them to rest in his home and prepared food for them. In receiving these strangers, Abraham had entertained angels. Later on, Lot also welcomed two angels who rescued him from the city that God destroyed (Gen 19:1–8).

In Luke 10, Jesus told an expert in religious law the story of the good Samaritan who received a Jewish man who had been robbed, beaten and left to die. Jesus wanted the Israelites to receive their long-time enemies. When the tax collector Zacchaeus received Jesus as his guest, salvation came upon his home.

In his letters, Peter reminded believers to show hospitality to one another without grumbling (1 Pet 4:9). For Paul, Christian character is shown when we contribute to the needs of the saints and seek to show hospitality (Rom 12:13), and provide for our relatives, especially our immediate family (1 Tim 5:8). Receiving others is a Christian virtue.

Being hospitable today can be risky. There are those who abuse the loving receptions given by others. The tumultuous international political scene and corrupt, voracious regimes have created millions of refugees worldwide. Whether to receive these displaced people has become an onerous issue and created political perils for many countries.

Receiving others requires selfless love and willingness to take risks. The world would be a better place if we had more of such people.

This Christmas, let us start small and simple with ourselves, family and church by receiving relatives, fellow believers, neighbours, foreigners and strangers.

Jesus urges us to feed the hungry, quench the thirsty, invite travellers into our homes, clothe the naked, look after the sick and visit those in prison. He goes on to say that when we receive any of the least of our brothers, we are doing it to Him (Matt 25:31–45). We would therefore be receiving our Lord Jesus through these people.