Pursuing holiness through the ‘General Rules’ 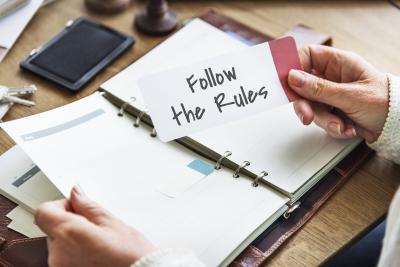 Many Methodists would have heard of the three ‘General Rules’ of Methodism, often paraphrased as: “Do no harm; do good; stay in love with God.” However, are we aware of the circumstances in which these arose, how they are intended to help believers, and what they really mean?

The General Rules of the Methodist Church can be found in Part II of The Book of Discipline of The Methodist Church in Singapore (BOD), which also contains our Methodist doctrinal statements, known as the ‘Articles of Religion’. These statements reflect the deep conviction of John Wesley, the founder of Methodism, that mankind is saved by the grace of God, and in a manner that Wesleyan scholars call “prevenient grace” – grace that is given even before the person comes to know God, enabling us to respond and turn to Him. However, as firmly as Wesley believed salvation is given through God’s grace, he also emphasised that those saved are to bear testimony of this grace through good works and disciplined living.

This desire to grow in godliness was strongly expressed by believers under Wesley’s care, as vividly recorded in ¶71 of the BOD: “In the latter end of the year 1739 eight or ten persons who appeared to be deeply convicted of sin, and earnestly groaning for redemption, came to Mr Wesley in London. They desired… that he would spend some time with them in prayer, and advise them how to flee from the wrath to come, which they saw continually hanging over their heads.”

Thus began weekly meetings which became so popular that Wesley set up societies and classes (the forerunners of our congregations and small groups) for those “seeking the power of godliness, united in order to pray together, to receive the word of exhortation, and to watch over one another in love, that they may help each other to work out their salvation”. Those who chose to remain in the societies were expected to “evidence their desire of salvation” by three General Rules:

“First: By doing no harm, by avoiding evil of every kind, especially that which is most generally practiced.” These include: drunkenness; slaveholding; fighting; charging unlawful interest; uncharitable or unprofitable conversation; singing songs or reading books which do not tend to the knowledge or love of God; needless self-indulgence; etc.

“Secondly: By doing good… of every possible sort, and, as far as possible, to all men.” This includes feeding the hungry, clothing the naked, visiting or helping those who are sick or in prison; doing good with all possible diligence and frugality, that the gospel would not be blamed; denying themselves, and taking up their cross daily; and so on.

“Thirdly: By attending upon all the ordinances of God.” These include the public worship of God; the ministry of the Word, either read or expounded; the Lord’s Supper; family and private prayer; searching the Scriptures; fasting or abstinence; etc.

Although these general rules of faith were first established in the English social context almost three centuries ago, they are still appropriate as instructions for Methodists today as they are in accordance with the Bible’s teachings. If any part of the rules discomfits us, that may be because of our tendency to conform to current social trends, and hence to downplay or moderate these rules. However, Wesley exhorted Methodists to strive towards scriptural holiness, and it is a Biblical charge that is appropriate to any time and place.

Wesley did not regard a person who pursues holiness as arrogant and self-righteous, or view them as judgmental of others who have failed to make the mark. Instead, he felt such a person would be constantly reflecting while on the journey of holiness, working diligently to be at peace with others, and supporting and encouraging them onward.

Is it too demanding to pursue holiness? Rather than being viewed as a demand, the quest for holiness is a lifelong journey towards heaven where we should all be bound. In the process, let us watch over one another in love, be considerate of each other’s needs, and encourage one another as brothers and sisters in Christ.

Find out more about ‘The Wesleyan Pursuit of Holiness’ at Aldersgate SG 2017, 21-24 May at Paya Lebar Methodist Church. Book your place now!